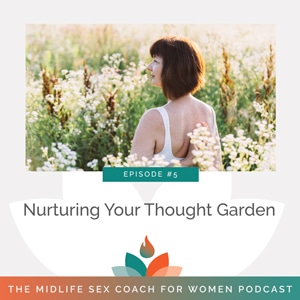 In order to improve sexual intimacy, you have to spend time thinking about what you want to experience and then feeling those feelings, as though you already have it. The way to do that is by choosing thoughts that align with those feelings, and this is what leads to your thought environment, or what I like to call your thought garden.

With seasons changing and winter coming, it’s my favorite time of year to do some inner realm work tending to my mind, getting ready to plant some seeds of belief, and nurturing my own thought garden. There’s no better time to identify beliefs and prepare a new thought environment, and I’m excited to show you how to do that this week!

Join me this week as I talk about how to create a thought environment that allows your beliefs to grow and flourish into your truest sexual intimacy desires. I show you how you can plant the seeds and nurture them to get what you want and explain how to identify existing thoughts that may not be serving you. Let’s get your garden ready, Diamonds!

To celebrate the launch of the show, I’m going to be giving away a $50 Amazon gift card to 5 lucky listeners who subscribe, rate, and review the show on Apple Podcasts. Click here to learn more about the contest and how you can enter.

What You’ll Learn from this Episode:

Listen to the Full Episode:

Featured on the Show:

You are listening to The Midlife Sex Coach for Women Podcast, episode 5.

Female Announcer: Welcome to the Midlife Sex Coach for Women Podcast, the only show that combines a fun personality, medical knowledge, sexual counseling and life coaching together. To create unique sex coaching that helps busy women awaken their libidos, address intimacy issues and learn how to express their sexuality for the rest of their days. Here is your host, certified life coach and sexual counselor, Dr. Sonia Wright.

Hello Diamonds. Once again it’s 5:00am and it’s just you and me and this cold Minnesota weather. So Minnesota, because we’re out more the northern hemisphere we have these beautiful long summer days. And in the winter we have really short winter days. That being the case, since our winter days are shorter, now that we’re in the fall it’s pitch black outside.

Normally around this time, it’s kind of bright in the summertime but now it’s kind of pitch black. And some people might be feeling sad about the changing seasons and the lack of the light outside, but actually for me it makes me pretty happy.

Winter is when I get the opportunity to go inside myself and work on my inner realm. It’s what I call my inner realm. It’s when I identify new thoughts and beliefs that I want to work on. I think of these thoughts as kind of like little seeds. During the winter I work on the garden where I want to plant these little seeds. And then in the springtime new creation and transformation occurs. I prepare to plant the dormant seeds so that they can bring forth transformation in the spring.

So today’s topic is all about this inner work, that inner realm that I like to do during the wintertime. So it’s about tending to my thought garden and nurturing the little seed beliefs that I want to grow into amazing beliefs later on.

For example, if we are going to look at improving your sexual intimacy in your life the first thing we have to do is spend some time thinking about what we want this new sexual intimacy to look like, what we want that to be in terms of an experience. We would go into the future of what our new sexual intimacy looks like. And we would hear the sounds, and the touches, and the feelings, how we would feel, especially the feelings. So what is the version of yourself who would be experiencing this new intimacy feeling? What is the new version of yourself in the future feeling?

So we go to the future, we figure out what it’s like in the future, we figure out how we feel when we’re having that new sexual intimacy. Then we pop into our present time with that same feeling. And at that point we’re trying to think of what type of thoughts we would need to think that would align us with this feeling that we’re feeling. So what are the new thoughts that you would have to think in order to create this new sexual intimacy in your life?

Now, choose one of the beliefs that really resonates with you and will ultimately get you to this new level of sexual intimacy. So you look at your five different thoughts and then you figure out which one really resonates with you and really is something that you would think and that would allow you to have that feeling. And that feeling is that same feeling that you would have if you were in your future badass sexual intimacy that you really want. So then what is it that’s in alignment that would really resonate with you?

And think of the sprouting belief as the seed, like a beautiful audacious sunflower seed that will eventually grow into your amazing new thought. I can have amazing sexual intimacy in my life. That’s the thought that we decided that we’re going to focus on right now. Or at least that’s the thought I decided we are going to focus on right now. So each component of your thought environment or your garden is necessary for the growth of your sprouting belief. I call these individual components of your thought garden, or your thought environment, pre beliefs.

So pre beliefs are the equivalent of the individual components of a garden. So the sun is a pre belief, the water would be a pre belief, the soil, and the nutrients are part of your garden, they’re individual pre beliefs that come together to make your thought environment. So several of these pre beliefs come together to create your thought environment which then in turn will allow your sprouting belief to grow and become your amazing new sexual intimacy belief, which sprouts into that beautiful sunflower.

Nine, the focus of sexual intimacy is connection, satisfaction and pleasure. Ten, shame, blame and isolation detract from sexual intimacy. And I added in a bonus one because I’m all about the bonus. Eleven, communication and general intimacy are important for a thriving sexual intimacy.

So those are my pre beliefs or pre beliefs that I often work with, with my clients to make a foundation. That thought environment, or that thought garden in which I can plant that new belief that we want to work on to get to that new level of sexual intimacy.

And another question, kind of the opposite one, but an important one, what pre beliefs do you currently have which will not be helpful in creating this new sexual intimacy of your dreams? Now, these non-helpful pre beliefs may be something like the sexual intimacy in my life is never going to change. It’s never going to get better. I’m not a sexual being. I can’t express myself sexually.

Or maybe it’s some really early pre beliefs, some really deep ones like sex is bad, or girls that engage in sex are naughty girls, and not in the fun kind of naughty, but are bad girls. Or maybe there are some negative words or connotations that you have associated with sex and sexual intimacy. Those would be pre beliefs that are not necessarily going to help you. Those would be pre beliefs that if they remain in your garden could poison your seed. Those could be weeds that will grow and choke out your new belief.

And then the last question is what pre beliefs will you need to create and plant, or put in your garden to make part of your garden so that you can plant your sprouting belief and grow it? So you basically have pre beliefs that you already have, that are nurturing, and kind, and good for your sexual intimacy and you would keep those. You have pre beliefs in your garden which are more like weeds, or even poison and are not helpful. And those ones you’re going to have to get rid of.

And the water, the nutrients, the sunshine, those are all your pre beliefs that will surround that sprouting belief and allow it to grow into that amazing sexual intimacy.

So we’ve talked a lot about all the different steps. Let’s put it all together now. So we are talking about belief. We talked about it last week. And we’re going a little deeper into it this week. So we’re getting ready to believe and getting ready to believe requires us to look at our sexual starting point and evaluate what we like and don’t like. Then we go to our future and we think about our amazing new sexual intimacy. What would it feel like to have this new sexual intimacy? What would we experience if we were having that amazing sexual intimacy?

Then it’s a matter of starting to align your present situation where we are right now with our sexual intimacy to your new sexual intimacy that you want to create, by creating new thoughts or new beliefs. You might want to write down five new thoughts, new beliefs. And then identify that one thought that you would like to think, that one thought that’s going to be pivotal in creating your new sexual intimacy. That is going to be your sprouting belief. Congratulation, you now have your sprouting belief.

And finally, lean into the work that must be done in order to create your ultimate result, which is your new sexual intimacy.

Okay Diamonds, there we have it. What you can do for belief, and pre belief, and creating your thought environment and planting that new belief that’s going to lead you on your journey to your new sexual intimacy. That’s all for this week, Diamonds. I will see you next week. Dr. Sonia out.

And to celebrate the launch of the Midlife Sex Coach for Women Podcast I’m going to be giving away a $50 Amazon gift card to five lucky listeners who subscribe, rate and review the show on Apple Podcast. It doesn’t have to be a five star review, although I would really love it if it were a five star review. But more importantly, I want your honest feedback so I can create an amazing show that provides tons of value.

Visit www.soniawrightmd.com/podcastlaunch to learn more about the contest and how you can enter. I’ll be announcing the winners on the show in an upcoming episode. Okay, that’s all for now, see you next time Diamonds.

Female Announcer: Thanks for listening to this week’s episode of the Midlife Sex Coach for Women Podcast. If you enjoy Dr. Sonia’s fun and caring approach to sexual intimacy, head to soniawrightmd.com to learn more.

Are you experiencing the pleasure you would like in your intimate relationship? This guide will show you how to experience satisfying pleasurable intimacy.

Get the guide now! 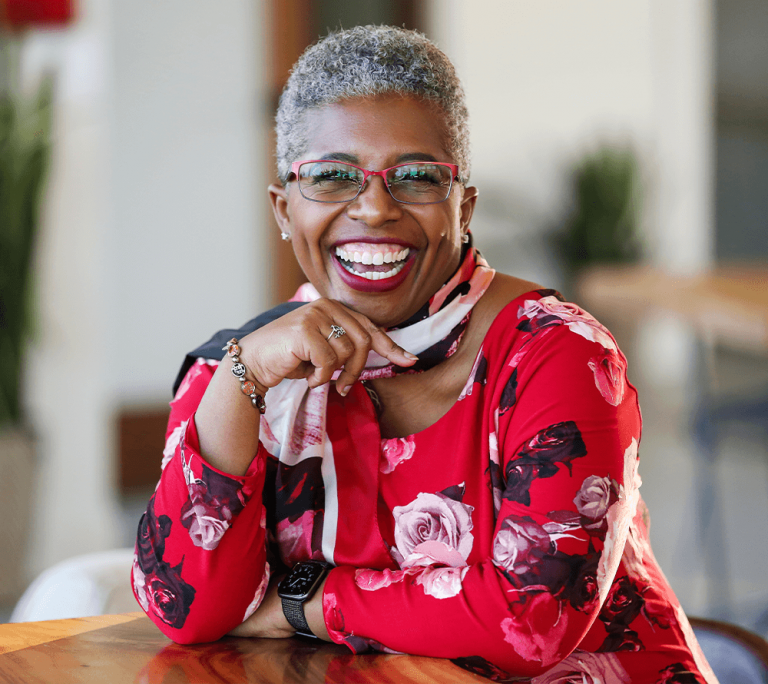 Hi, I’m Dr. Sonia Wright and I’m YOUR SEX COACH! I’m on a mission to end the pain and isolation associated with sexual difficulties and to help women create satisfying sex lives. 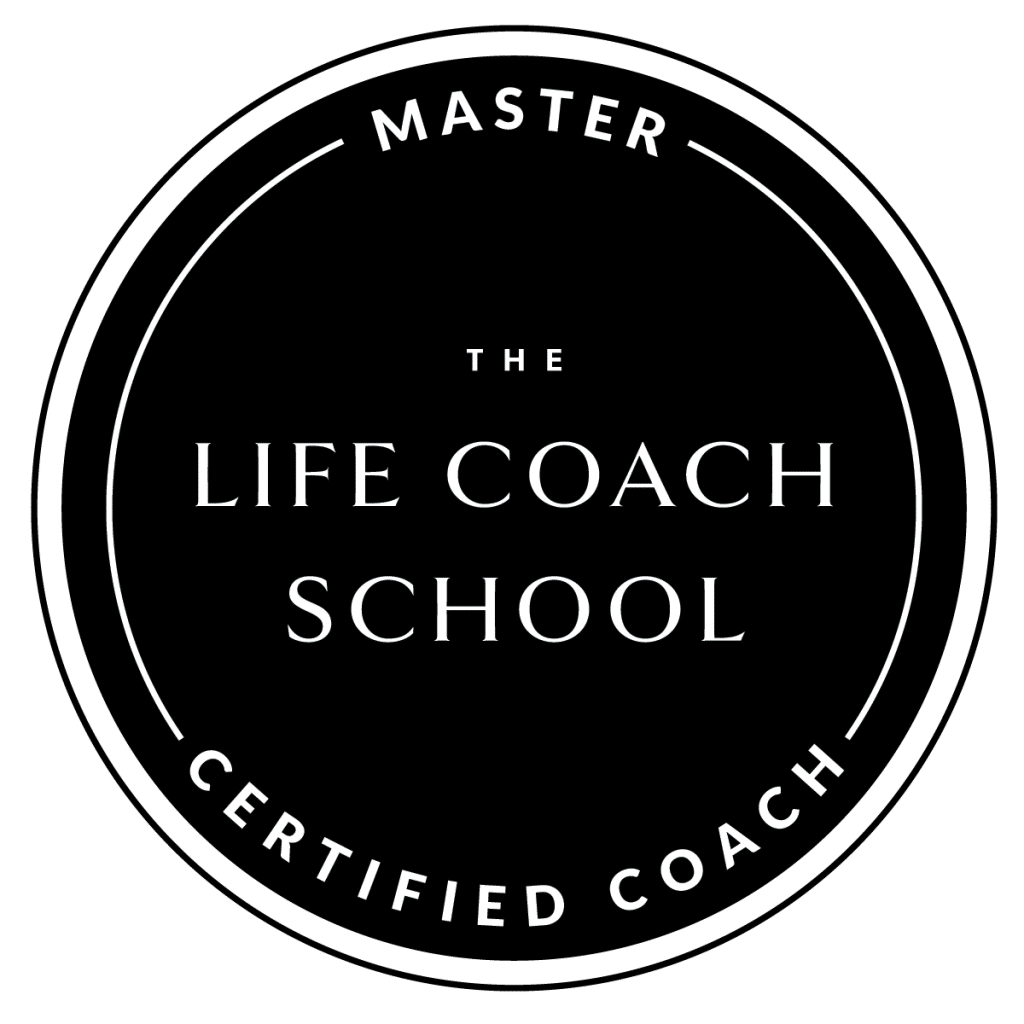